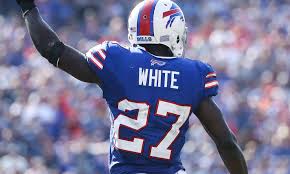 Buffalo Bills cornerback Tre’Davious White may be opting out of playing in the NFL during the 2020 season. Fans in Buffalo and all over have voiced their opinion on White’s potential choice as he has until 4pm today to make his final decision. Many have called fourth year vet “selfish” for debating to not partake in the coming up season after 56 players have tested positive for the Covid-19 Virus around the NFL. White was an All-Pro in 2019, recording a league-high six interceptions along with 58 total tackles in 15 games.

White spoke out against critics tweeting, “Crazy that me choosing my family’s well being over a game comes with so-called fans attacking and questioning me and saying I’m selfish. No you guys are selfish for thinking that football is bigger than life. Oh by the way my girl’s grandfather passed from COVID. U understand now?” White opting out of the season would be a precautionary measure, but after reading his explanation, it is clear why he is considering it. If he is to do so, he will be one of the biggest stars thus far to make that choice.

The NFL preseason has been cancelled and the regular season is to start on September 10th with the Buffalo Bills first game to be on September 13th against the New York Jets. As of right now, there will be no fans in attendance and they are also working to ban tailgating due to health concerns. Players have until 4 pm to decide whether they will opt out. After that, NFL Network reported that “players can opt out after the deadline if the player is diagnosed as being high risk for contracting coronavirus or a family member dies or is in a hospital because of coronavirus or a related issue.” Tune in to the 4pm news to see what Tre White decides!