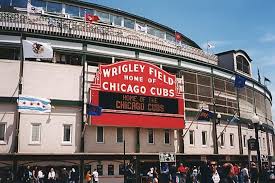 With major league sports officially underway, people everywhere are itching to get into an event and cheer on their favorite team. Wrigleyville in Chicago may be one of the few places to do it! Wrigley Field, home of the Chicago Cubs, is a ballpark surrounded by an urban jungle. This Jungle has rooftops all over where you can see the Cubs take on their opponents, and right now, it may be the only way to see them play live.

Since its opening in 1914, it has been the tradition for the locals to stand on adjacent rooftops to watch the Cubs play outside Wrigley Field. In the early 1980s, owners of the surrounding buildings began erecting seating and selling tickets to watch the Cubs play from outside the park. These rooftops offered ways for fans to enjoy the games with the amenities of bars, buffets and private bathrooms. Despite facing some legal issues with this idea, the rooftop owners have sorted it out and are continuing to offer this incredible experience into 2020. With the pandemic hitting, these rooftop seats are the only way to watch the Cubs play at home, and are one of only a few teams to offer such an experience. Because of the demand, ticket prices have shot up, as did safety precautions including face coverings and limited capacity.

Right now, Wrigleyville has 9 unique rooftop venues that offer a different experience to fans who purchase it. All of the options include amenities such as, all you can eat buffets, outdoor plasma screens, and much more. The selection is just like that of a ticket in the ballpark. Some seats will have better views, while others will be perfect for a small group size or a group looking to get rowdy. This is a perfect way for fans to cheer on their team while remaining socially distanced and safe.

Other fields around the US have started to investigate rooftop ticket sales to watch baseball games. With the Toronto Blue Jays making their home in Buffalo for the season, we heard that the Seneca One building would be a perfect fit to watch MLB games at Sahlen Field! I am keeping my fingers crossed that this happens throughout the country to keep everyone safe while providing them with the entertainment they so desperately crave! 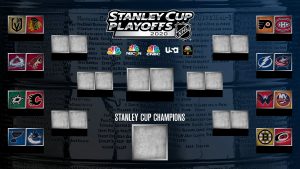 Hockey is BACK! After a brief hiatus from the season due to Covid-19, fans and players rejoice as they get to watch and play the sport they love. The NHL resumed its 2020 season on August 1st with the top 24 teams vying for a spot in the playoffs. After 10 days of play, we have our first playoff matchups!

The NHL has been playing its first two weeks back in Canada where both Edmonton and Toronto have been hosting the games for the remaining 24 teams. The top four teams during the regular season in both conferences played a three-game round robin for seeding in the First Round. The eight winners of the best-of-5 Qualifying Round advanced to the First Round. These games have all been fanless with live broadcasts of each series for fans to watch. The NHL, like other major sporting events, have taken health and safety precautions to help prevent the spread of Covid-19 to the players and staff. So far, the NHL has remained pretty healthy as they dive into the remainder of the playoffs. With 16 teams now remaining, each team will play in a best of 7 series to advance to the elite 8. The upcoming schedule and where to watch them is below.

No. 1 Philadelphia Flyers vs. No. 8 Montreal Canadiens

No. 2 Tampa Bay Lightning vs. No. 7 Columbus Blue Jackets

No. 3 Washington Capitals vs. No. 6 New York Islanders

No. 4 Boston Bruins vs. No. 5 Carolina Hurricanes

No. 1 Vegas Golden Knights vs. No. 8 Chicago Blackhawks

No. 2 Colorado Avalanche vs. No. 7 Arizona Coyotes