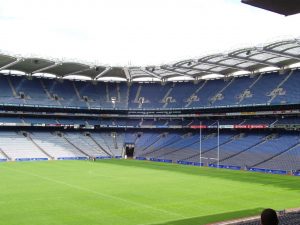 The year 2020 has been a very different year for most people. It has been a year of change and growth with the coronavirus, social justice movements, and protests. With everything going on with police brutality, specifically against people of color, and people are wanting to do better in 2020, major actions have been taken. Artists, sports franchises, and businesses have decided to make appropriate and needed changes based on some racially rooted names.

The first big name change came in the music industry with the country trio Lady Antebellum shortening their name to ‘Lady A’ after learning further the root of the word Antebellum. This word, meaning, “occurring or existing before a particular war, especially the American Civil War” went under fire and was dropped after realizing its association with slavery. They released the following statement on their instagram: “When we set out together almost 14 years ago, we named our band after the southern ‘antebellum’ style home where we took our first photos. As musicians, it reminded us of all the music born in the south that influenced us…southern rock, blues, R&B, gospel and of course country,” the band said. “But we are regretful and embarrassed to say that we did not take into account the associations that weigh down this word referring to the period of history before the civil war, which includes slavery.” They posted their new logo after the release of the statement. Although they received some backlash from the public, overall their change has been both respected and praised.

The next big name change that came out of 2020 was the Washington Redskins. It was announced on Monday, July 13th that they would be retiring the Redskins name and replacing it with a less polarizing one. Although the announcement of what the name has yet to be released, there are a few top runners that are being considered. The main options are The Warriors, The RedTails, The Red Wolves, and The Hogs. The team is being very careful when choosing the name to make sure they will not have any problems with it down the road. With sports teams such as The Braves, The Blackhawks, and The Indians receiving pressure to change, Washington may want to stay away from The Warriors at the risk of that being considered derogatory. Both The RedTails and the Red Wolves would stand to honor The Tuskegee Airmen, a group of all-black fighter pilots who painted the backs of their planes during World War II. With many options to consider, this change is going to make a positive impact all around the NFL and other sport franchises.

2020 is the year for change and we are happy to see major platforms taking steps in the right direction. Some may not agree with the need for the changes but many see the positive impact it will have. Do you think they made the right decision? 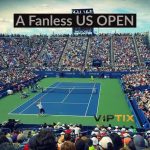