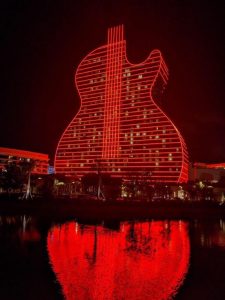 A Temporary Way To Have Fans

We all already know that the novice Covid-19 Virus has made the world weird. It closed our jobs, our schools, and our businesses. It cancelled entertainment for a good 5 month. Now we are back in the swing of having entertainment such as live sports in our lives once again, and people are thrilled. Although they can watch their sports at home, people are itching to fill the stadiums once again. What if there was a way to get the fans back in, at least a little at a time.

Most, if not all venues have suites in them where fans could enjoy the event from the comfort of a sectioned off space in the stadium. This type of seating is usually a luxury, but what if it was opened up for groups for sporting events and concerts. If each suite can usually hold 40 people, we would cut that number in half to obey social distancing guidelines. All fans must wear masks when in the suite and on the stadium property.  These suites would be the only open places in the stadium and would not allow any reentering after exiting them. They would serve bottled and canned beverages as well as prepackaged snacks.

The rules for purchasing and attending a suite are very important to obey. They would first require the names of the guest 1 day prior to the event. This guest would have to submit a NEGATIVE Covid test before arriving at the event. They would then have a scheduled time to enter depending on their suite number. The idea is to limit the entering to one suite at a time to minimize exposure. When they are walking in with their tickets, there will also be temperature checks to ensure that no fan entering the building is running a fever or has any other noticeable symptoms. All the tickets will be mobile so there is no physical touching when you enter. If you are looking to transfer your ticket to someone else, it must be done 24 hours in advance so the venue knows every person that is in attendance in the case of an outbreak. There will be sanitizing stations conveniently placed throughout the stadium and in the suites to ensure that everyone is being as safe as possible. Lastly, just as each suite entered in a time slot, they would exit the same way. There would be an announcement for the suites to exist one at a time. In the event of an emergency, fans can leave at any time but would follow a specific path set up just for their suite. They would tell a security guard of their early exit and alert the rest of the guards. This way we can track where each fan is and ensure no other fans are near them.

Fans are desperate to enjoy the luxury of live sports once again. They will do almost anything to get in and opening the suites may be the first step. Keeping them socially distanced and following the guidelines is the best and safest way for the fans to enjoy their favorite events. We are hoping to be able to open up events fully to the public soon, but until then, this idea may work in the meantime.