The Boys are Coming to Town 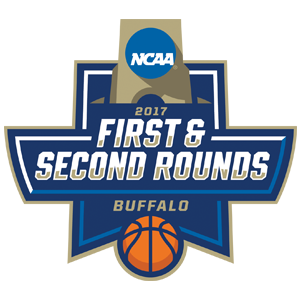 On March 16th through the 18th, Canisius College, joined with the MAAC and Niagara University are to host rounds 1 and 2 of the NCAA Division I Men’s 2017 College March Madness Tournament at the KeyBank Center in Buffalo, NY. Canisius Director of Athletics and Tournament Co-Director Bill Maher said, “ The fact that the Buffalo-Niagara region has once again been selected to host the NCAA Division I Men’s Basketball Championship is another positive affirmation for our community.” Maher continued by saying, “This area has embraced NCAA Championship events each time we have hosted and that pattern of success is a key factor in the NCAA’s continued willingness to have Buffalo serve as a host city for its marquee championship event.”

This event has been hosted by Canisius, the MAAC, and Niagara 6 times prior and always demands an excellent turn out with sell outs to all games. Buffalo is joined with NYC to be the only New York cities to host this March Madness happening. This honor has bowed well for the growing city of Buffalo and is really helping to put it on the map.