Home » Blog » Protests In The NBA

Protests In The NBA 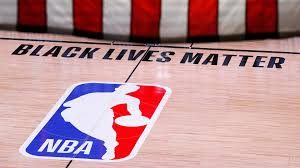 The United States has broken out into nationwide protest for the second time since the beginning of this pandemic because of the highly- publicized police shooting of Jacob Blake, an unarmed Black man. This protest has taken to more than just the streets as the Milwaukee Buck became the first NBA team to boycott Game 5 of their playoff series against the Orlando Magic on Aug 26th. This led the rest of the teams in the NBA to boycott in protest of police brutality on Wednesday.

Police officers in Kenosha, Wisconsin shot Jacob Blake in front of his sons on Sunday. He survived the shooting but was left paralyzed from the waist down after being struck 7 times in the back. Stars across the NBA spoke out after video footage of the shooting was circulating throughout social media. There were rumors of both players and whole teams boycotting playoff games in protest, with the Milwaukee Bucks being the first team to take action. Their opponents, the Orlando Magic, were fully ready to play their game, when they left the court 4 minutes before game time upon realizing their opponents were not showing up. Players admitted to feeling trapped and helpless as social unrest returned to the forefront of the conversation. George Hill, a guard for the Bucks, told The Undefeated “We’re tired of the killings and the injustice.”

13 NBA teams followed suit with the protest of the playoff games continuing on Thursday and Friday. Although the details have not been finalized for the league to resume, they believe that basketball will be played on Saturday. This came after players took a vote on when they would like to continue their season. The NBA did not count any of the missed games as forfeits, and when the teams resume, it will be the same games they were scheduled to play on Wednesday.

The police brutality in this country has led to a divide and protests all over. People are looking to bring justice for the senseless murders and end the violence all together. Right now it is important to spread love and stand up for what you believe in. Just as the NBA players, use whatever platform you have to stand up to make a change.