Home » Blog » Trouble At The Ballpark

Trouble At The Ballpark 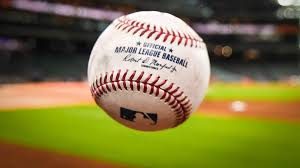 The MLB is 2 weeks into its 60 game shortened season and the number of Covid-19 cases are beginning to rise. The St. Louis Cardinals are the most recent team to be plagued with the virus after an alleged trip to the casino after finishing their series against the Minnesota Twins. This new outbreak poses another threat to the long-term viability of this baseball season.

When it was announced that baseball would be returning, the players and staff were told they have to abide by the new safety rules and standards set by the MLB. These rules include remaining socially distanced during games and to stay quarantined during the season to minimize the spread of the coronavirus. It is the players and coaches personal responsibility to hold themselves accountable for proper quarantining and social distancing both on and off the field. Many believe that this season started too early and was poorly implemented with failure to account for many scenarios that we now see emerging.

We know that regardless of the quarantine rules and strict testing done, there is still a risk of catching and spreading the virus. And that is with the players, coaches, and staff remaining on their best behavior. As we are seeing members of the MLB community selfishly breaching these rules, we are seeing the virus spreading to different teams. The St. Louis Cardinals tested positive 13 members of their organization with 7 of them being players. It has also been noted that clear social distancing regulations have been broken as fans notice players high fiving when they are to remain contactless.

The Cardinals are currently quarantining in Milwaukee where they received their positive testing. The series against the Detroit Tigers has been cancelled and there is a tentative plan for the team to resume play on Friday against the Chicago Cubs. At this point, it is important that the players and staff start holding themselves accountable for their actions and follow the rules put out by the MLB. The remainder of the season rests on the shoulders of the players and staff to do the right thing to keep everyone safe and healthy. As fans we encourage the players to follow the rules so we can continue to cheer on our favorite teams!