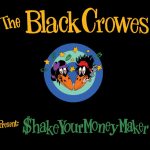 The Black Crowes are ready to hit the road for their ‘Shake Your Money Maker’  tour, which gets underway in outdoor venues  June of 2020. The Black Crowes will perform in 46 major North American cities, including Nashville, Toronto, Buffalo, Saratoga Springs, Pittsburgh, Chicago, Cleveland and New York.

The Black Crowes’ Chris and Rich Robinson will celebrate the 30th anniversary of their debut album, Shake Your Money Maker, with a 2020 tour that will mark their first live shows since 2013.

The 46-date run will kick off June 17th at the Austin360 Amphitheater in Austin, Texas and stretch throughout the summer, wrapping September 19th at the Forum in Los Angeles.

Tickets go on sale Friday, June 14th at 12PM.  Tickets can be purchased at TicketMaster, online at www.viptix.com, or by calling 866-505-0573.   All tickets have NO hidden fees.  Dates and times subject to change without notice.

If you are unsuccessful buying the Black Crowes tickets you want, there are other options and advantages to buying tickets utilizing the secondary market. Nick Giammusso the President & CEO of VIPTix has been in the ticket and entertainment industries for over 35 years! Nick saw a need and started VIPTix in 1993 to help fans buy and sell tickets.

With high prices come high service fees with many marketplaces, but not at VIPTix. We are your source for the Cheapest Black Crowes tickets on the secondary market- guaranteed! If you have not used VIPTix.com before, you have found a company that prides itself in lower ticket prices, no hidden fees and providing an excellent customer service buying experience. If you have any questions regarding Black Crowes tickets call us at 866-505-0573 or by email at orders@viptix.com

Bringing Sexy Back! Justin Timberlake Announces The Man of the Woods Tour After Releasing New Single — Get the Dates

Justin Timberlake is taking his new music on the road.

Just days after releasing the first single, “Filthy,” off his upcoming studio album, Man of the Woods, the pop star announced in a video Monday that he’ll be embarking on a brand new tour, four years after his famed 20/20 Experience World Tour wrapped.

Kicking off March 13 in Toronto, The Man of the Woods Tour will stop in 27 cities — including Los Angeles, Miami and New York City — and end in Timberlake’s hometown of Memphis on May 30. Tickets go on sale to the general public starting Tuesday, Jan. 16 at Ticketmaster.com, while members of The Tennessee Kids Fan Club and American Express cardholders will be eligible for presales beginning Wednesday, Jan. 10. Further information on VIP packages may be found here. Secondary ticket site VIPTIX.com has tickets available now.

See The Man of the Woods Tour dates below:

The new record — a rock-influenced set of songs said to be inspired by his relationship with wife Jessica Biel and 2-year-old son Silas — will drop Feb. 2 and features collaborations with longtime producer Timbaland, country star Chris Stapleton and Alicia Keys. On Feb. 4, Timberlake will headline the Super Bowl LII Halftime show.

“This album is really inspired by my son, my wife, my family, but more so than any album I’ve ever written, where I’m from,” Timberlake, 36, said in an Instagram video. “And it’s personal.”

“1 of 4. Friday, midnight ET,” Timberlake tweeted on Wednesday, just before announcing his tracklist on Friday.

“Filthy” is the first single off Timberlake’s forthcoming LP Man of the Woods, his fourth full-length album after Justified, Future Sex/Love Sounds and The 20/20 Experience.

The “Sexy Back” singer will release three additional videos — each with their own “individual style and color” — following “Filthy” every week beginning Jan. 18 in the lead-up to the album’s release.