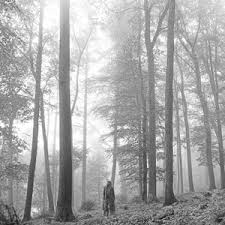 Swifties all over the world geared up for midnight on July 24th like it was New Years as they anxiously awaited the release of Taylor Swift’s 8th studio album. This album, however, was unlike any other release she had done because she only announced the albums creation and release date the day before. The secret record came as both a shock and present to us all and I, personally, cannot wait to dive in.

Taylor Swift is arguably the biggest singer in music today. Her following ranges from country to pop and to people of all ages. For her most recent album releases, she had filled her social media with “easter eggs” for her fans to overanalyze. She usually would release a few album tracks and music videos to those songs and litter them with clues. This time however, the album announcement came just hours before the release, sending Taylor Swift fans over the edge with excitement. The album is called Folklore and she announced it to have 15 songs with 1 bonus track. Along with the post about Folklore’s release was some black and white album art of Taylor in a forest. She also announced that a song would feature Bon Iver, an indie folk band, leading people to imagine the dreamy style of the album. Unlike any of Swift’s previous seven records, this one is categorized as alternative. This is the third major genre she has released an album in, the other two being pop and country, which she had tremendous success in. This album was written during quarantine from the coronavirus. It released the same day that she was supposed to set out to LA for her first of 4 stadium shows for her album “Lover.” There is speculation that this release was to make up for the missed tour and to bring some light into the fairly dim reality we are living in. She sure knows how to give her fans what they need.

Taylor Swift is an artist who keeps her fans on their toes. From hidden clues in singles to secret album releases, Swifties never know what to expect next from their icon, and wouldn’t want it any other way. Folkfore was an amazing surprise and an album overflowing with talent. Taylor is shining bright and we all are so happy to watch her succeed!